Labour Splits Not in Our Interests 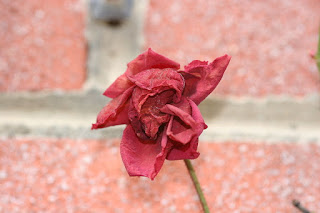 Below is the original version of a letter published in the Southern Daily Echo on Friday 1st July 2016, pointing out that the Labour Party is letting down our country and our City.

Let us know what you think of it.

In this time of national crisis, it is clear that both the national and the local Southampton Labour parties are split.

Last year, the Echo reported they were split over supporting Corbyn as Labour Leader.

The Labour splits are worsening. And they are deepening.

This is in stark contrast to the Council Leader, Simon Letts, who has called for Jeremy Corbyn to resign.

And in a new letter today, Labour Councillors Paffey, Furnell, Noon, Whitbread and Mintoff have also publicly called for Corbyn to go.

Who else in the Labour Group of councillors wants Corbyn to stay? Who wants him to go?

Why are they in-fighting now?

Why are Labour MPs and councillors ignoring the votes of members that elect the Leader?

Not only is Labour split nationally and in Southampton, it's also split in the Redbridge ward.

As well as signing the anti-Corbyn letter published today, the other Redbridge Councillor Lee Whitbread was one of a very small number of people who foolishly supported Liz Kendall for the leadership..

And in the EU Referendum debate in the Council, Mayor McEwing voted to Remain, but Cllr Whitbread didn't support either - his cowardly abstention was a total cop-out in a vote that was either Remain or Leave. He failed to represent Redbridge people. So Labour are split on the Brexit too!

We Independents rightly spoke up for Leave as we had listened to the people of Millbrook, Maybush and Redbridge.

Labour councillors proved they are out-of-touch with the Southampton public on Brexit by voting Remain, so it's no wonder they also can't agree on the way forward for their own party - or for our City.

And it's no wonder the Labour City Council can't do the basics - cutting the grass, mending the roads, fixing potholes, directing the traffic. They are too busy in-fighting.

As the Prime Minister said yesterday, it is not in the national interest.

Labour councillors and MPs should make up their minds - or like Andrew did a year ago, quit the Labour Party to protect the people of Southampton from more Labour cuts and more Labour shambles.