Towards the end of last week, we blogged that the Labour Council was about to finalise the deal for the Test Lane / Gover Road development.

We had asked to be updated by Council officers as soon as the planning permission was finalised. That didn't happen when it should have.

However, we have now confirmed that sadly the planning permission has been issued. It can be viewed here.

Residents we've heard from since this decision are rightly outraged and disgusted. 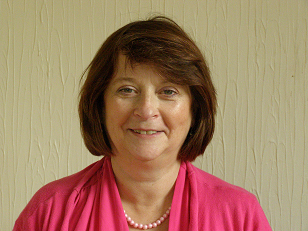 "At last week's public meeting, residents raised so many concerns that have still not been addressed.


It is a disgrace that the Labour Council has ignored residents concerns, and has pressed on regardless."

"Residents should never forget the answer to these three questions.


Question 3. Who is selling the land to an offshore company?

Cllr Rayment was the only Labour councillor to attend (the two Redbridge Labour councillors McEwing and Whitbread and the Labour Leader Simon Letts were all not there although they were invited by the Redbridge Residents Association):

At last night's public meeting, you stated to the public and media present that it was too late for this development to be stopped.

Please forward the advice you relied upon, from which officer or councillor it came, and when this advice was provided."

to which Councillor Rayment's reply was simply:


This suggests that Cllr Rayment misled around 130 members of the public and the media present.

If she did mislead the public, this would not be the first time. In 2013, an Independent Investigation stated:

"In respect of Councillor Jacqui Rayment, the investigator found that she failed to comply with The Nolan Principles of Public Life relating to Openness and Honesty, and the guidance as to mutual respect and courtesy between members and Officers set out in the Council’s Member / Officer Protocol. "

As Deputy Leader, Cllr Rayment did not resign then. But Former Leader Richard Williams did, following similar criticism.

At the public meeting, as reported by the Daily Echo, Councillor Pope stopped short of calling for Cllr Rayment to resign.

But now Cllr Pope has been forced to Cllr Rayment asking her to resign for misleading the public, or for the Leader Councillor Simon Letts to sack her.

We are the only effective opposition in Millbrook, Redbridge and Maybush.

Labour, the Tories, the Lib Dems and UKIP have been absent in campaigning against Test Lane. And residents will never forget that it is a Labour Council that is doing this.

We stand up for you.

We campaign on the issues that matter to local people.

We put people before party politics.

We will continue to fight for you.

That is why we ask residents to join with us Independents in holding the Council to account."