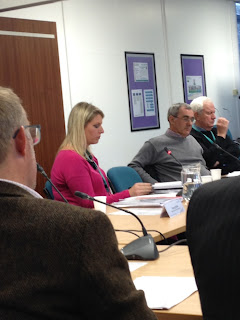 Update (19th Sept 2016): We've just heard that the new Chair Tim Smart has gone too. He was only appointed a few months ago! More to follow.

We've just received the below statement from Southern Health NHS Foundation Trust. Our actions on this issue are documented here on this website.

"Her resignation was too long in coming. But she should have been removed anyway. I gave every opportunity for her to be removed, and for expressions of no confidence to be made.

But the NHS system and the Labour and Tory parties sought to cover up the failings for too long. It shows how the NHS is run is very sick indeed, and that party politics has no place in the NHS.

Ms Percy's resignation will not change how Southern Health is run. Much more fundamantal changes are needed. And hearing that she is still hanging around does not bode well for those changes to be made." 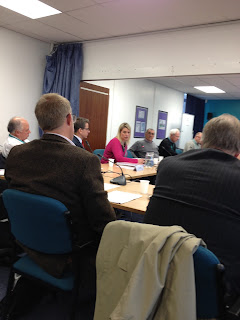 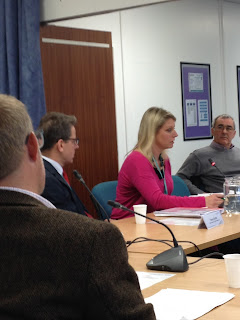 Please be advised that Katrina Percy has decided to step down from her position as Chief Executive Officer of Southern Health NHS Foundation Trust. The following statements have today been issued to the media:

“On 30 June Tim Smart announced the outcome of his review into Southern Health. I was pleased to have his endorsement and support to carry on in my role as Chief Executive and I have been humbled by the overwhelming support from staff and other colleagues.

Since then I have reflected on the effect the ongoing personal media attention has had on staff and patients and have come to the conclusion that this has made my role untenable. I have therefore come to the difficult decision to step down from my role as Chief Executive after nine years. I am delighted to be taking on an alternative role, providing strategic advice to local GP leaders as they work with others to transform the way in which health services are delivered across Hampshire, and I feel that now is the right time to take on that new challenge.
I know, and understand, that many will say I should have stepped down sooner given the very public concerns which have been raised in the past months. I stayed on as I firmly believed it was my responsibility to oversee the necessary improvements and to continue the ground breaking work we have begun with GPs to transform care for our patients.

I would like to thank all of our staff for their unstinting daily support and dedication to delivering the best possible care for all those we look after. I wish everyone at the Trust, and everyone who has supported it, especially over the past year, all the best.”

“Katrina Percy has informed me of her decision to step down from her position as Chief Executive of Southern Health NHS Foundation Trust.

Katrina has come to the conclusion that, due to the significant focus on her as an individual, it is in the best interests of the Trust, patients and staff for her to step down. I have agreed, on the basis that her position has become untenable because of ongoing personal media attention. Katrina has taken up the offer to work local GP leaders providing strategic advice on the transformation of local health services. There is vital work that needs to be done for which she is ideally suited.

Katrina has shown great resilience, devoting herself to the patients and staff of Southern Health since it was created in 2011. In addition, the recently completed independent board capability review found Katrina to be well suited to lead the Trust forward.

Katrina has ensured that Southern Health is now working more closely with other health and care organisations in the region to provide more joined up care, so more people receive support at the right time and place. Katrina leaves the Trust financially sound and well-positioned to create a new form of multispecialty community provider in Hampshire and the Isle of Wight. I wish Katrina every success in her future endeavours, and thank her for her years of service.

I am an advocate of clinicians leading NHS organisations, so I am delighted that Julie Dawes, who joined the Trust in May this year as Director of Nursing and Quality, will be stepping up in the interim as Chief Executive Officer. She will be supported as and when required by Dr Matthew Patrick, Chief Executive Officer, South London and Maudsley NHS Foundation Trust, and Jon Allen, Non-Executive Director and former Director of Nursing at Oxford Health. It is important that patients and our staff have confidence that Southern Health’s future is in safe hands.”