Labour Council Blames Tory Government For Its Own Failures 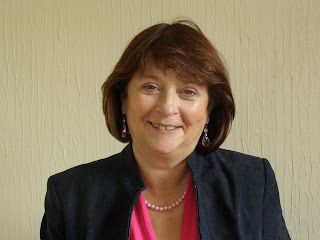 The online version is here, with links to other Echo articles on the funding of schools.

The original version of Denise's letter is below.

"I read today's Echo with interest, as I and my Southampton Independent colleague Councillor Andrew Pope had been contacted by parents and the headteachers of schools across Southampton. We met with those parents and headteachers.
The problems are not limited to just SEN schools.
As the Echo has reported at February Full Council, mainstream schools had their funding changed - not by the Conservative Government but by the Labour-run Council. Schools were told one thing by the Council and then the Council did another. They are furious with the Council.
Prior to that, the SEN provision in the City had not been properly forecast by the Council. And massive unplanned expenditure of millions of pounds resulted.
It seems that the Council doesn't have a grip on its schools, or on their funding, just like it doesn't have a grip on the safeguarding of children.
This is unsurprising perhaps when the current Chief Executive Ms Baxendale has presided over several Directors of Children Services and Labour has changed the Cabinet members for education and safeguarding many times over the last five years. The latest incumbent Labour Councillor Paffey doesn't have a grip, as neither did his predecessor former Cllr Jeffrey.
And no wonder OFSTED came back recently to inspect Southampton City Council. The Tories were no better when they were "in charge" of the Council.
It's just another case or Labour or Tory, same old story.
And it's one blaming the other, rather than parents and children getting the education and facilities they deserve - the best.
Best wishes,
Denise Wyatt
Southampton Independents"