UPDATE (17th April) - FIXED: The pothole has now been fixed. Why did it take the Labour-run Council so long to fix it?

Did you guess the right road... It was Waveney Green. 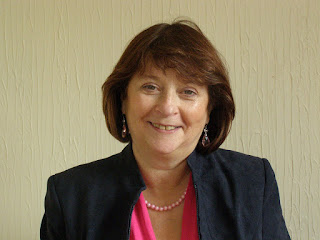 "This Labour-run Council is useless. Why don't they fix them without us having to play Guess the Pothole and put rubber ducks in the potholes? It's fun but it's serious - our roads are dangerous.

Vote for me to join Andrew Pope as a Councillor and we will put even more pressure on the Council to fix our roads."


UPDATE (3rd Clue): Next Clue - It's one of the greens in the Redbridge Ward. And now, our campaign has meant the pothole has been fixed! This should be a BIG CLUE, because so many potholes are still left by the Labour Council.


This week, residents of Southampton have been happily playing "Guess the Pothole..." on our Facebook Page at Southampton Independents. The pothole has been reported but not fixed by the Council.

It seems that only rubber ducks and the Council's contractor Balfour Beatty, benefit from our City's atrocious roads...

Meanwhile, it's the same old story, Labour or Tory - blaming each other and forgetting about the residents.

Our Council candidates Denise Wyatt and Ed Edworthy have written to the Daily Echo with a letter:

We read with interest the Daily Echo front page about potholes in Hampshire, and former Labour councillor Mr Reynard's one-eyed attack on former Tory Council Leader Royston Smith. Residents are fed up with both of them and tell us it's Labour or Tory, same old story.

The Labour-run Southampton City Council, and Mr Reynard, tried to blame the previous Tory-run Council for the failings of the “partnership” contract with Balfour Beatty Living Places for Southampton’s roads.

Yet Southampton Labour councillors did not cancel the contract. Last year, Labour councillors actually EXTENDED it! Yes, they extended it. Perhaps Mr Reynard is unaware of the actions of the Labour Cabinet that includes "roads chief" Councillor Jacqui Rayment, who Royston Smith called the "Cabinet Member for Chaos".

How many years has Labour been in power on the Council? Six. SIX YEARS.

And still, almost everybody Southampton Independents speaks to, whether resident or visitor, thinks our roads are shocking.

Our recent Facebook game of "Guess the Pothole..." was very popular with residents - a pothole that has been reported several times but not fixed by the failing Labour Council and Balfour Beatty. They make excuse after excuse, and say there is no money.

The number of roads guessed by residents was huge and the point was made again and again by residents - so many of Southampton’s roads are a disgrace.

Why did the Labour Council spends tens of millions on the Arts Complex/Studio 144 - with even more millions apparently now at stake by independent adjudication? Tory councillors supported Labour on this spending. Over-time and over-budget by millions and maybe even more! But still those councillors added more millions.

Southampton Independents Councillor Andrew Pope voted against the extra millions and together with residents, we have exposed the scandal of this Labour and Tory spending.

Those tens of millions could have gone on our roads, bins and care centres. 99% of residents tell us those are higher priorities than "arts". Residents are right.

Posted by Southampton Independents at 09:52:00 No comments:

Yet at Labour-run Southampton City Council, it seems that there is one rule for the little guy hoping to improve his home, and another rule for the big developers who give the Council £4.5 million...

After the "<expletive deleted> monstrosity" of the Test Lane massive warehouses built on residents' doorsteps, with the Council's repeated approval and failure to manage the development's impacts on residents, Southampton City Council are now refusing to accept a small change to a local residents' house. 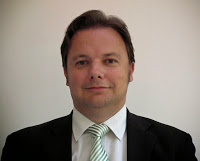 Southampton Independents Councillor Andrew Pope was contacted by the resident because the Council is refusing his tiny modification to his house - at the same time as - the resident's quote - the "<expletive deleted> monstrosity" at the end of my road.

The resident said: "Why have Southampton City Council allowed those massive warehouses to be built that affect MY amenity, and when I want to make my house a home, the Council makes it difficult for me? Why is it one rule for me and another rule for the Labour-run Council when they are getting millions of pounds to ruin our neighbourhood?"


Denise Wyatt, Southampton Independents Council Candidate for the election on 3rd May in Redbridge ward, said:

Labour did this with Tory councillors help, and where has the money from the sale gone?

Not on the roads or social care.

Hmm...the Arts Complex/Guildhall Square/Studio 144 or whatever it's called this week.

We asked the Council to investigate the spending of tens of millions of YOUR money."

Tell us your views on how good or bad Southampton City Council is. Does it justify so much criticism?
Posted by Southampton Independents at 16:27:00 No comments: