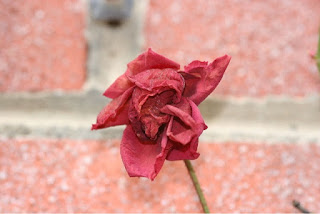 The Labour Party is even more split than it was before.

The Labour Rose is even more out-of-date and decrepit than it has been for decades.

Labour is split in Parliament.

Labour is split in local areas and in local Labour parties.

It seems to be operating two parties in the same party - those for Corbyn and in Momentum and those against Corbyn.

All the while it should be running our City. But it isn't.

For example, the recent Lottery decision to not award children's health funding to Southampton City Council due to fears over poor leadership. We Independents have been criticising the lack of leadership by Labour for some time. Now the Independent Lottery assessors have agreed.

But the problems are much more widespread.

Basic Council services are failing, and Labour is scared to address these failings because they place themselves and their Party above the people of Southampton - the very people they are supposed to represent. Those people that Corbyn claims that Labour protects - but they don't. In Swansea, Labour openly admits its failures but rallies for Corbyn!

Labour in Southampton doesn't do what Corbyn claims. As we pointed out, in Southampton, instead of taking responsibility for their own failures, Labour continues to blame the Tories. What a cop out!

Now the Daily Echo has a photo showing 17 Labour members clearly supporting Owen Smith for Labour Leader. Or rather, 17 people plus people who are either out of shot or hiding behind other people. Why would they hide? Is it because they are ashamed of Labour's failures?

Let's not forget that Owen Smith wants a second Brexit referendum, ignoring the democratic will of the people to Leave the EU. And it was Corbyn that advocated triggering Article 50 immediately after the vote - then changing his mind. How can anybody trust the Labour Party, no matter which "Leader" they choose?

Labour members are choosing between potential disaster and proven failure.

And no matter who they choose, it won't mean they will win the next General Election.

And no matter who they choose, it won't end their splits nationally or locally.

Added to the existing further splits, is yet another list (*below) of Southampton councillors supporting Owen Smith for Labour Leader.

What will the other Labour councillors and members do when Corbyn wins again, as is widely predicted?

Instead of in-fighting, they should be running our City. Do you agree?

What have you, your family and your area been affected by failings of the Labour Council in Southampton? Please get in touch and tell us!

This is why we say that you are better off with Independents who work on the issues that matter to you, not party politics.

Contact us to work with you to win for you, your area and your family.