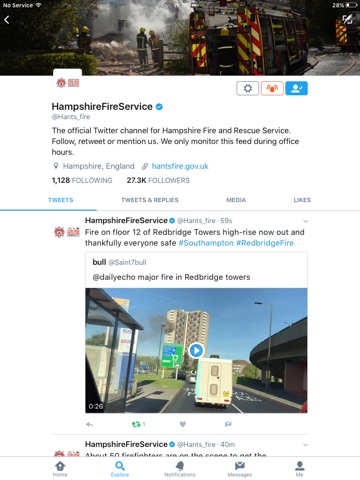 "I have personally thanked the Police and the Hampshire Fire and Rescue Service for their excellent response in ensuring that no serious injuries were sustained.

However, I was concerned that tenants of Southampton City Council and local residents were not being kept informed by Council officers.

No facilities were made available, despite requests by residents, on what was a cold night. Some residents and children were clearly traumatised and understandably so.

I understand that the Police and Fire Service are already investigating the cause.

I have already begun investigating what the Council did and did not do prior to this unfortunate incident, and have asked for an urgent update."